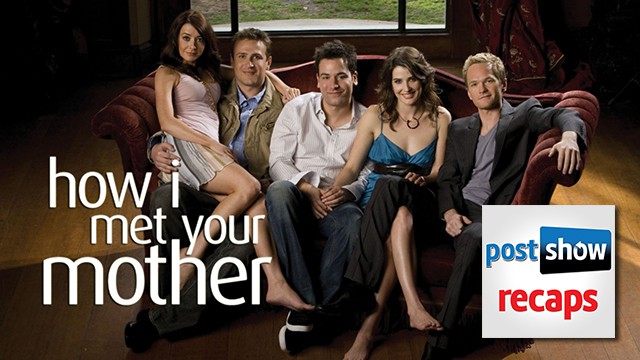 Full disclosure, team: I’m not a lifelong “How I Met Your Mother” fan. I had caught the occasional episode here or there, but it wasn’t until June 2013 that I decided to hunker down and do a full-scale binge watch. I had done pretty big binges before – but never eight seasons of a show in eight weeks. And my, it was a lovely experience. 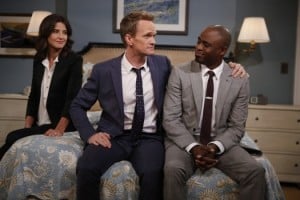 There are, and have been, a lot of great sitcoms. I’m not about to say that HIMYM fills a gap left by shows like Seinfeld, or even the more apt comparison in Friends. But I will say that I wrote HIMYM off as being another lowest-common-denominator CBS cog – and I was wrong. Though at times problematic, it’s intelligent, highbrow comedic storytelling, and that’s basically the beginning and end of what I look for in scripted television. Is it my favorite sitcom of the last 10 years? No (that would be 30 Rock), but it’s not bad. We live in a world with a lot of bad television, so I think it’s important to appreciate the gems, even if they are less than perfect.

It seems as though binge-watching HIMYM gives one a different perspective on the show as a whole, though. I learned this because I was excited to begin watching season nine on a week-to-week basis – my first mistake. My eight-week character study of Ted and friends suddenly came to a grinding halt when I was treated to isolated 22-minute blocks punctuated by superimposed laugh tracks. What happened to the show that I spent all summer falling in love with?

The show probably didn’t change all that much, but it’s a little easier to get through an average-to-bad episode (personally, I have little patience for the sexual escapades of Barney) knowing that another was only minutes away. And even with the missteps of this season (Sherri Shepherd – please just be Angie Jordan), there was something that kept me hanging on:

I need to know what the heck is going on with The Mother. It has haunted me – and all of us – since the first episode. Why did I sit through an episode of Marshall explaining how he was mugged by a monkey if not to get a little closer to finding out about The Mother? 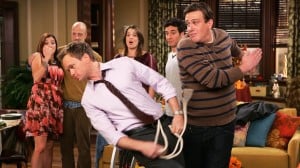 We’re just three episodes away from what’s supposed to be a fulfilling finale episode. And I’m wary – in all the television that I’ve watched (a lot – and I actually mean that), fulfilling series finales have been few and far between. However, I’ll have faith – creators Carter Bays and Craig Thomas have been pretty forthright telling us that we’re going to be seeing something that they’ve planned from the beginning. So what could the ending to HIMYM possibly be? I’ve outlined five potential conclusions that won’t make me feel like my last nine months – and your last nine years – have gone to complete waste.

Is How I Met Your Mother a (had to do it) legendary show? Maybe – maybe not. But it was something new, original and creative – even if we forgot it was from time to time.  I’m certainly excited to see how it ends.

How do you think Ted and friends will fare in the final three episodes? Let’s talk in the comments below or on Twitter @taylorcotter.

How I Met Your Mother See all podcasts