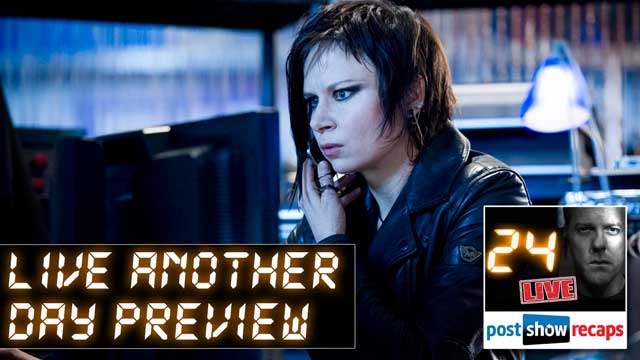 Note – At the time of posting we’re still waiting for iTunes to approve our 24-only podcast feed.  Tick. Tock. Tick. Tock.

For weeks, Rob Cesternino and Josh Wigler have been counting down the days until the premiere of 24 Live Another Day as they recap one season a week. Now this Monday, the wait is finally over!!

Rob and Josh spend this final podcast before the premiere of 24 Live Another Day talking about what we can expect when the show kicks of on Monday Night, May 5, 2014 on Fox.

In this episode Rob and Josh discuss:

Join us LIVE this Monday night after the premiere of 24: Live Another Day to discuss

The 24 Best & Worst CTU Agents of All-Time: Josh counts down the best and worst that CTU has given us for Parade.com