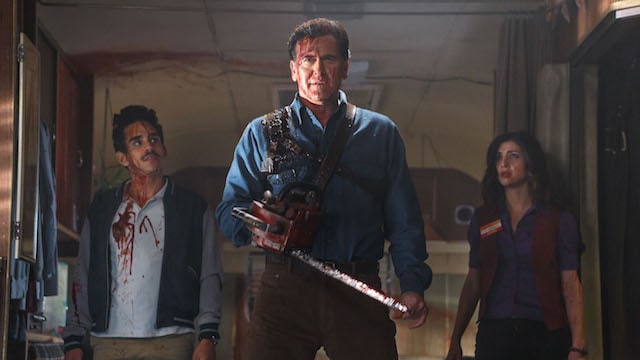 Get ready for the grooviest podcast of the week, as Rob Cesternino (@robcesternino) shows off his chainsaw and boomstick to a bunch of awestruck co-hosts on the latest episode of MOST SHOWS RECAPPED!

This week, Rob speaks with regular hosts Josh Wigler (@roundhoward) and Antonio Mazzaro (@acmazzaro), plus special guest Curt “The Tabulator” Clark (@curtclark) of the ONCE UPON A TIME recap podcasts, to talk about the first episode of the new horror comedy series, ASH VS EVIL DEAD. Listen to the podcast to find out what they thought about the first episode, and make sure to stick around for Rob’s terrifying tale of the time he became a Deadite.

Let us know what you think of this week’s show in the comments below.