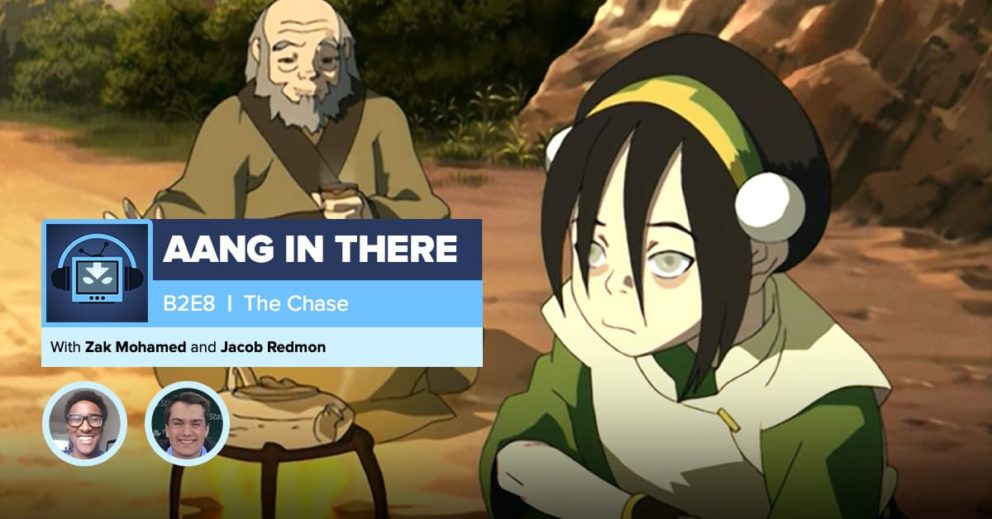 AANG IN THERE: Book 2 Episode 8: The Chase

Zak Mohamed (@Zakmohamed32) and Jacob Redmon (@jkredmon) are back! After far too long a break, Zak and Jacob are back and well rested while they recap Book 2 Episode 8 of Avatar: The Last Airbender, The Chase. Zak and Jacob have a blast talking about the feud between Katara and Toph, celebrate Pi Day, have great would you rather questions, reenacting Ty Lee’s excitement, and going through the hilarious animation. Together they recap the episode and jump into episode rankings, battle rankings, and listener feedback.

AANG IN THERE: Avatar The Last Airbender Book 2 Episode 6 “The Blind Bandit”

AANG IN THERE: Avatar The Last Airbender Book 2 Episode 4 “The Swamp”