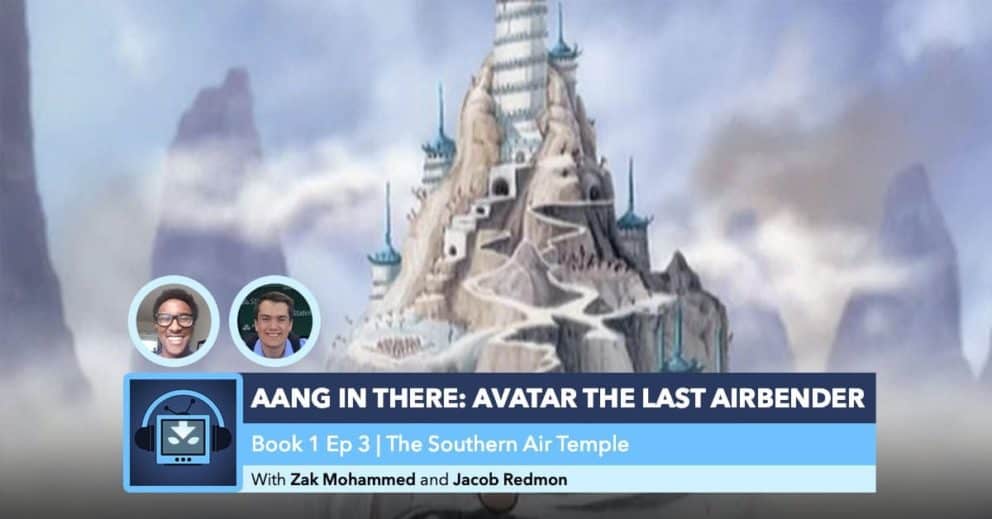 AANG IN THERE | Avatar: The Last Airbender | Book 1, Episode 3: “The Southern Air Temple”

Zak Mohamed (@Zakmohamed32) and Jacob Redmon (@jkredmon) are promoted to Commander from Captain in the third episode of Avatar: The Last Airbender!

Zak and Jacob ride Appa all the way up to the third episode of season one, “The Southern Air Temple.” Zak and Jacob break down the events from the episode. Along the way, they discuss Airball, a game with some rules, the Backyardigans, and cured meats! After the recap, Zak and Jacob tackle listener feedback and do the weekly episode and battle rankings. Finally, Zak and Jacob sort each member of the Seinfeld Four into a bending class.

Zak and Jacob will be back for “The Warriors of Kyoshi” on September 8, 2020.

“The Southern Air Temple” was directed by Lauren MacMullan and written by Michael Dante DiMartino. It originally aired on February 25, 2005.

The Episode Rankings for Season 1:

Battle of the Battle Ratings for Season 1: