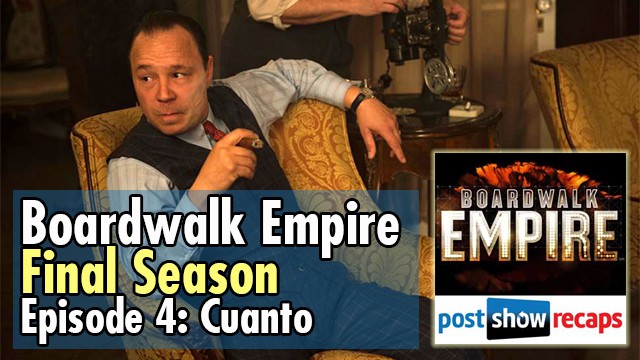 • Why is Enoch so bothered by the swells?

• What did we learn from the dinner scene at Sheriff Lindsay house?

• Enoch request to have his father jailed or killed. Does this shows us that Enoch was breaking bad at an early age?

• Will Sheriff Lindsay be more of a mentor to Enoch than the Commodore?

• Will we see a teen Enoch and Eli next?

• Joe is not interested in teaming up with Nucky, because Scotch does not mix with rum. What do we make of this?

• Did we like how Nucky and Margaret open up about there first impressions of each other?

• What do we think of Nucky’s solution to the problem with Rothstein’s widow?

• Is Nucky up to something else?

• What is going on with Bacardi?

• Sally gets killed by local authorities. Would things have been different if Nucky was there to deliver the money?

• Is this the end of the Bacardi deal?

• Wallace Beery plays a gangster in the movie The Secret Six. Is this why Al Capone was offended by this reference?

• Did we think Van was a goner when Luciano recognizes him?

• How awesome was the Van shakedown scene?

• What is going to happen to Van, now that the Feds know who he is?

• It looks like Al Capone plans to help Nucky, what does this mean for Luciano’s plan?