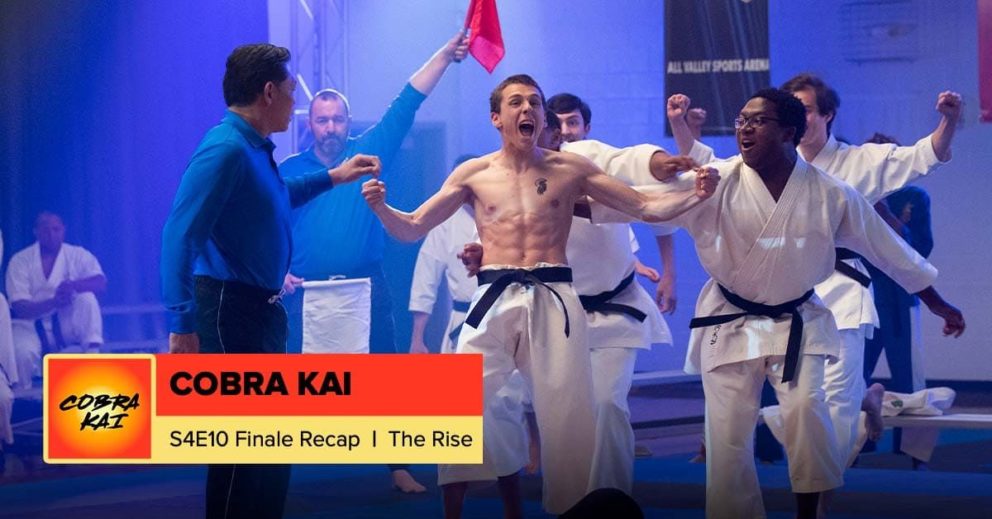 In this podcast, Josh recaps the “Cobra Kai” Season 4 finale, “The Rise,” with returning special guest Kevin Mahadeo (@KevMahadeo) of the Everything is Super podcast.