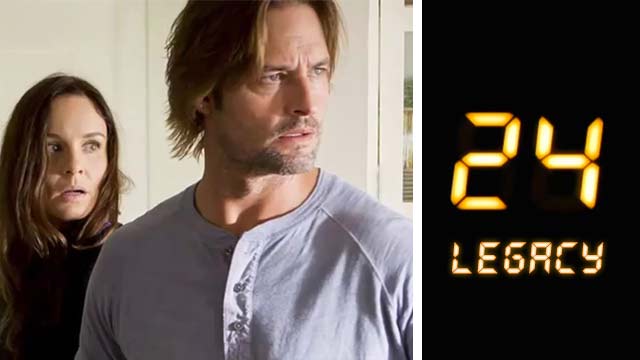 Your benevolent hosts are back with another episode of MOST SHOWS RECAPPED! Listen now, you’re running out of time!

This week, Josh Wigler (@roundhoward) sits down with Rob Cesternino (@robcesternino) and Antonio Mazzaro (@acmazzaro) to talk about the premiere of COLONY, the new USA science fiction series set in a near future where ambiguous overlords have taken over the world. The show stars Josh Holloway from LOST and Sarah Wayne Callies from THE WALKING DEAD as a married couple fighting their way through this new world order. The conversation begins with discussing the general overview of the show, before drilling down into some of the specific story turns in the premiere.

After the Colony talk, there’s a brief intermission to discuss the second season renewal of SCREAM QUEENS (a previous Most Shows Recapped subject), and then it’s straight onto a topic near and dear to these podcasters’ hearts: The return of 24 — albeit without Jack Bauer. The hosts talk about the legendary thriller’s just announced return to the airwaves, whether or not it can work without Kiefer Sutherland, and much more.

Let us know what you think of the show in the comments below or on Twitter.