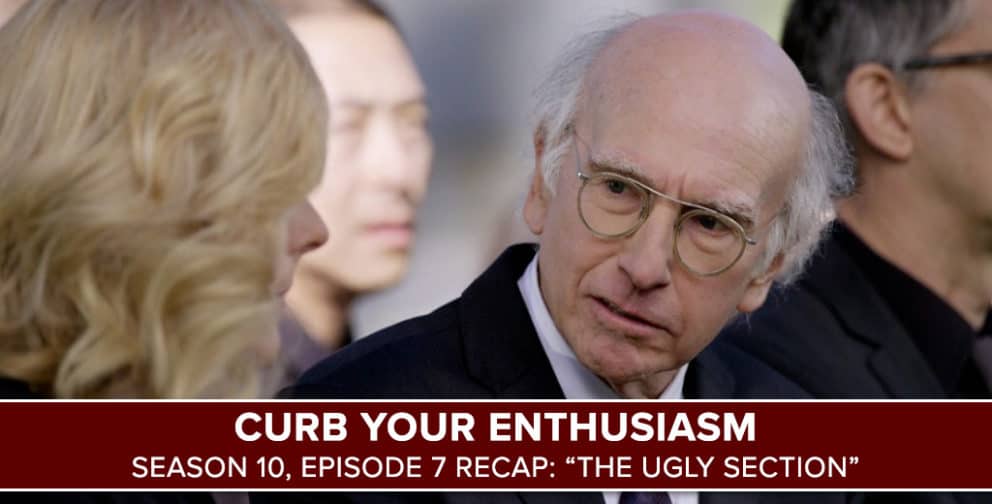 Rob Cesternino, Akiva Wienerkur, and Josh Wigler are back to recap season 10, episode 7 of HBO’s Curb Your Enthusiasm, entitled “The Ugly Section.” The story was written by Larry David and Jeff Schaffer and was directed by Jeff Schaffer.

According to HBO’s description, the episode was about: “Larry attempts to capitalize on a friend’s unexpected death and takes issue with a pattern of discrimination at a trendy restaurant. Later, Larry offers his dermatologist’s son a job and Richard has a suspiciously good day on the golf course.”

Curb Your Enthusiasm See all podcasts