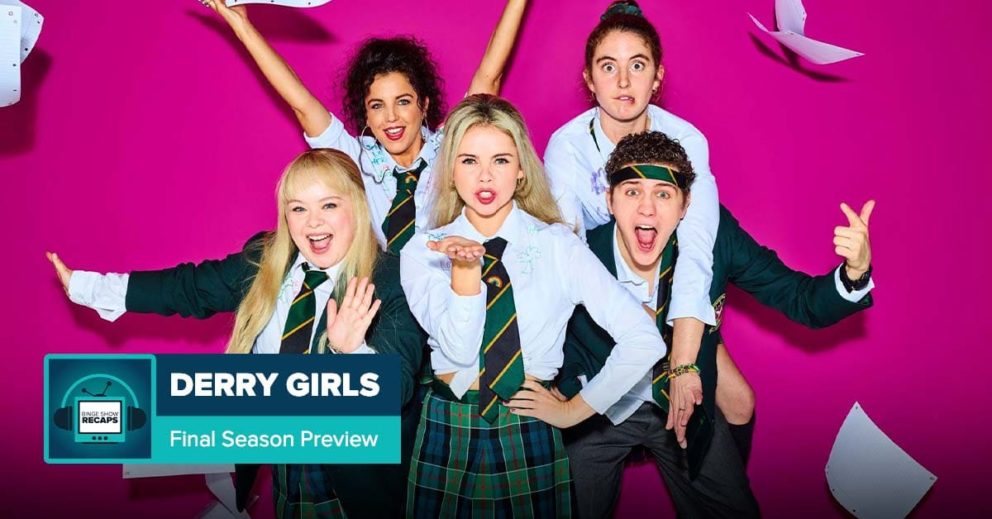 Post Show Recaps travels across the pond to cover “Derry Girls”, that follows a group of teenagers as they go to school, have crushes, and disobey their parents all while living through the political conflict of 1990’s Northern Ireland. The first two seasons are already available on Netflix.

Hosts Melissa (@melissaw28) and Aidan (a real live Irish person) will be recapping the third and final season coming to Netflix on October 7th.

In this podcast, the hosts give a spoiler-free introduction to Derry Girls, followed by coverage of the first two seasons, giving a broader cultural and historical context for the show.