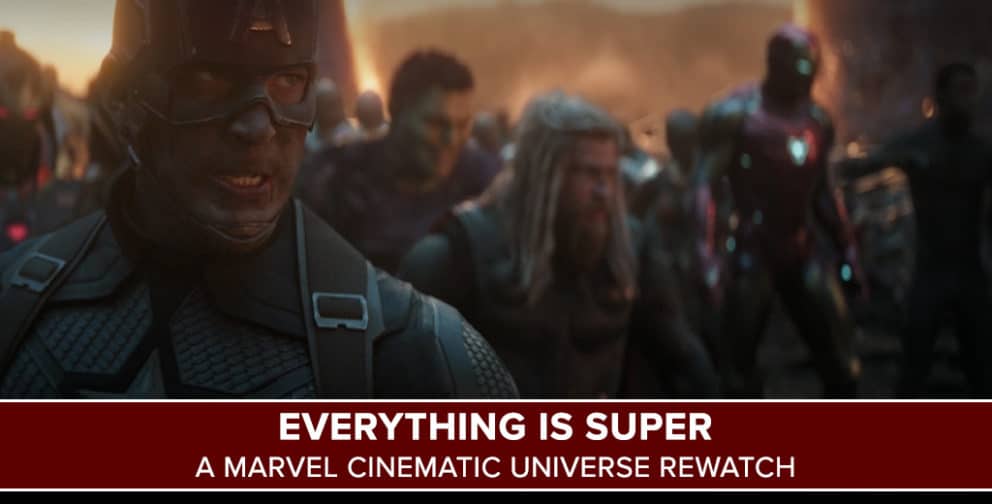 Everything is Super | A Marvel Cinematic Universe Rewatch

For the next several weeks, Josh and Kevin will focus on a different film from the MCU, in release order. Up first: Iron Man, with the podcast set to drop on April 9. Send your feedback for the “Iron Man” recap by no later than April 6, through our feedback form or by emailing us at [email protected].

In the first episode of “Everything is Super,” Josh and Kevin give their takes on the Marvel Cinematic Universe, chart their own origin stories with the comic book space (as well as their own friendship, formed a long time ago but in this very galaxy), answer listener feedback, and more.

Throughout the podcasts, Josh and Kevin will rank the Marvel Cinematic Universe movies, with help from the listeners. They’re asking you to write in to [email protected] with your ratings of each Marvel movie from a scale of 1 – 6. Josh and Kevin will give their respective scores, average up the audience score, with the three data points combining for the podcast’s official MCU ranking.

For now, sight unseen, here are Josh’s most recent rankings of the Marvel Cinematic Universe, hastily written in April 2019 before watching Avengers: Endgame, and therefore not including either Endgame or Spider-Man: Far From Home. Josh no longer stands behind these rankings and is curious to see where he shakes out in future podcasts, so if you’re mad, do not @ him until further down the line please and thanks.