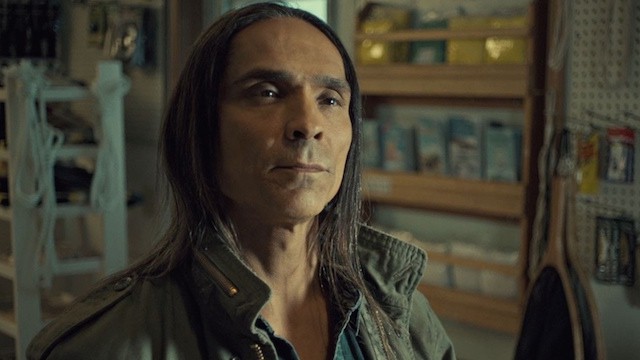 Watch out, world! The Butcher of Luverne and Positive Peggy are fully actualized, and aw jeez is it a Constance Heck of a sight.

Josh Wigler (@roundhoward) and Jeremiah Panhorst (@jpanhorst) join up with guest host Mike Bloom (@AMikeBloomType), filling in for Antonio Mazzaro (@acmazzaro) while he battles a cold, to discuss the latest episode of Fargo, called “Loplop.” The conversation covers Ed and Peggy’s comedy of errors with Dodd, the eldest Gerhardt brother’s unfortunate stay at the cabin, Hanzee Dent’s stone cold killing spree, and much more.

LINKS FROM THE SHOW:

Today, we mourn the passing of Dodd Gerhart,

By mourn of course we mean we cheer.

For never has there been so near

to gallant, nay, to stubborn fool, a man

such as there was with Dodd.

is rivaled ever only by

and sibling rivalry with that ursine guy .

with the angels now, to the extent angels lay,

which is to say, not at all.

So good riddance and goodbye,

to the man whose head

was shoved so far up his own behind,

that even his brochach could not resist

and eventually filled it with lead.

This is your burn notice.