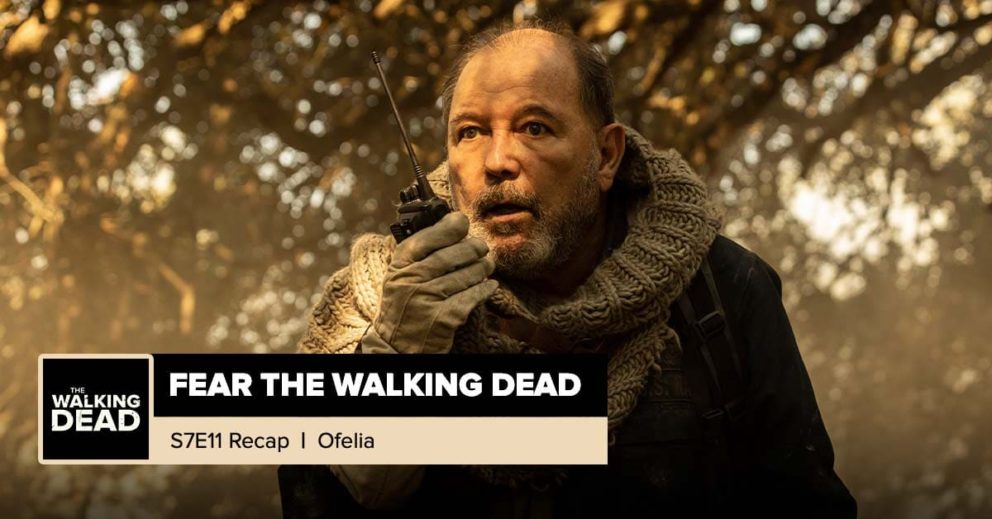 Jess (@HaymakerHattie), Chappell (@Chappells_show) & AJ (@AJMass) aren’t sure if they really watched this episode or if they just imagined it, but either way they are here to talk each other through what happened in episode 11 of season 7 of “Fear the Walking Dead,” which is named for Daniel Salazar’s long-departed daughter Ofelia. They’ll discuss why Arno is a terrible character with many good ideas, which character has the biggest beef — and thus is due for the biggest reckoning — with Victor Strand, and speculate yet again on when we’re getting the return of Madison Clark.