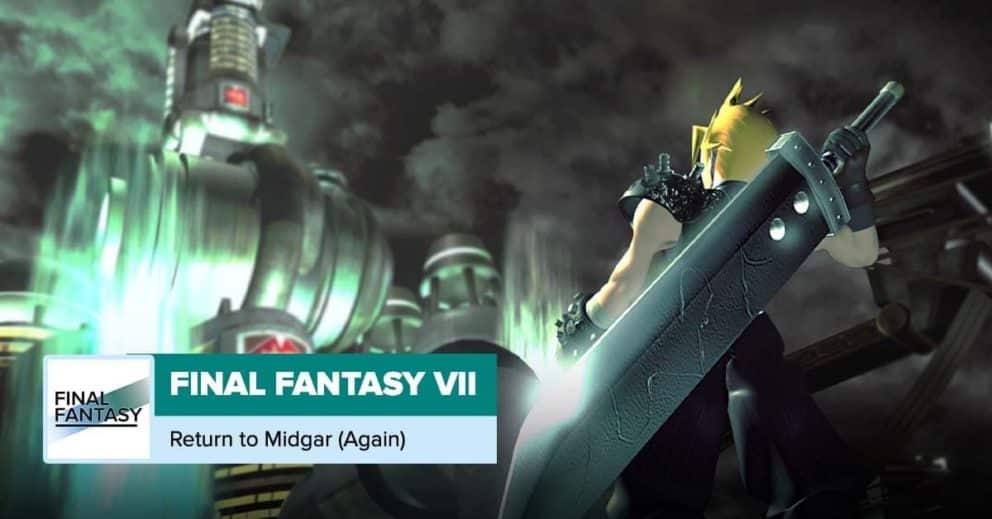 Who’s that calling on the PHS? It’s Brooklyn Zed (@hardrockhope) returning to Midgar to cover Final Fantasy VII again, but this time the tables have turned! At the start of 2021, Zed played this game for the first time with Josh Wigler as their guide, and now Zed is carrying on the podcast tradition of leading a newbie through this classic game. Coming along for the ride is PSR patron Adam H (@pianomanadam1) who will be playing FFVII for the first time, knowing nothing about the game or almost anything about the franchise in general.
For the uninitiated: “Final Fantasy VII” was a groundbreaking 1997 Japanese role-playing game that defined the video game medium, let alone the RPG genre and the “Final Fantasy” franchise writ large. It centers on Cloud Strife, a sword-wielding mercenary with a troubled past, as he joins up with members of a resistance group called AVALANCHE set on toppling a nefarious power-hungry corporation called Shinra. Many friends and enemies are made in the process, as Cloud and his allies uncover the truth about Shinra’s intentions and even more chilling details about old magic permeating the planet.
In this first podcast, Zed and Adam preview the game and talk through a few of Adam’s preliminary questions before starting his adventure. If you want to play along while you listen to the podcast journey, “Final Fantasy VII” is available on various platforms: Nintendo Switch, PS4, Steam and even the original PSX version, assuming you, like Zed, still have an old-school system. For next week’s episode, Adam will be playing through the Midgar portion of the game, stopping when we hit the world map for the first time!
Support Post Show Recaps by visiting patreon.com/postshowrecaps

Check out Zed’s playthrough of Final Fantasy games and more at twitch.tv/hardrockhope
Subscribe to
PostShowRecaps.com