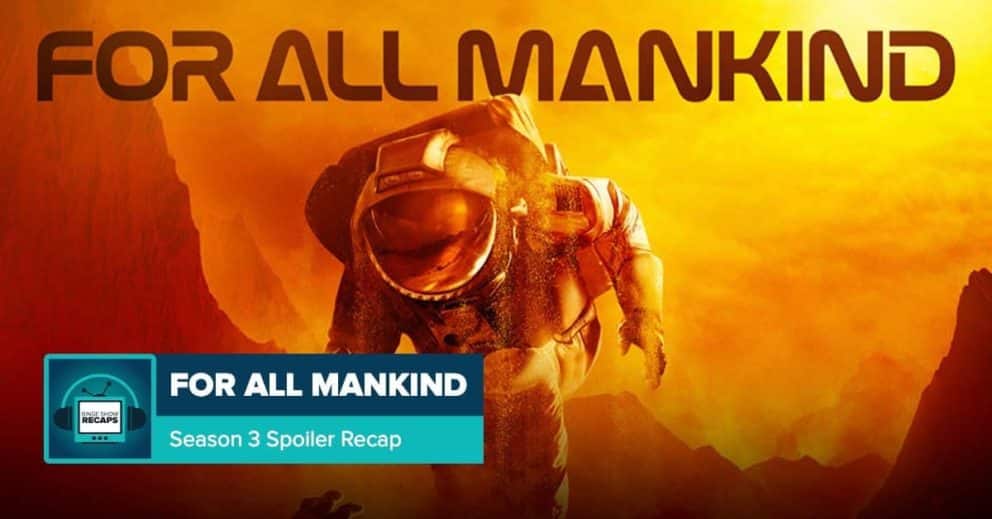 For All Mankind: Season 3 Spoiler Discussion

Post Show Recaps presents coverage of ‘For All Mankind,’ an Apple TV+ science fiction drama series. The series dramatizes an alternate history depicting “what would have happened if the global space race had never ended” after the Soviet Union succeeds in the first crewed Moon landing ahead of the United States.

In this podcast, Josh Wigler (@roundhoward), Rob Cesternino (@robcesternino), and Deidre Lipsicas (@dhlips) cover the entirety of season 3 of “For All Mankind.”

Never miss an episode of “For All Mankind” or any other coverage of streaming and binge-model series, by subscribing to our Binge Show Recaps feed at postshowrecaps.com/binge