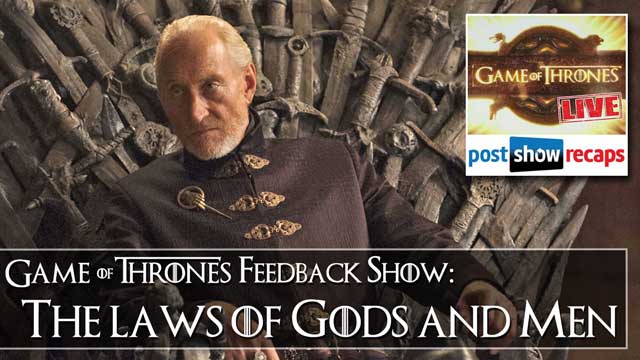 Rob Cesternino and Josh Wigler get back together to answer questions that were sent in from the Post Show Recaps audience about Game of Thrones Season 4, Episode 6.

In this episode, Rob and Josh discuss the following questions:

Are the people of King’s Landing supportive of Tyrion in his trial because Joffrey was an unpopular king?

Was Tyrion’s decision to ask for a trial by combat all part of an elaborate plan that he came up with?

Is money going to necessarily fix any of Stannis’ problems?

Do we think that Bronn has turned against Tyrion?

Should Daenerys have taken the Masters down or left them up on the crucifix?

Was Tywin Lannister part of the assassination of Joffrey?

When will we see Rickon and Osha or Gendry again?  Will we see them in season four?

What did Varys mean when he was talking with Prince Oberyn and glaring at the Iron Throne?

How do we explain the murder of Jon Arryn’s squire in the first season of the show at the hand of the Mountain?

Where is Margaery’s mom, The Lady Tyrell?

Join Rob and Josh again LIVE on Sunday Night to discuss the next episode of Game of Thrones at 10:15 pm ET / 7:15 pm PT 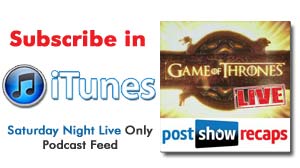 Subscribe to our Game Of Thrones ONLY Podcast Feed in iTunes

Watch this Past Week’s Game of Thrones LIVE: