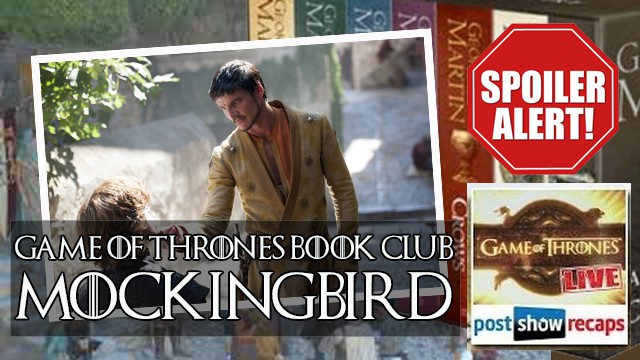 Josh Wigler and Terri Schwartz look at the depiction of Game of Thrones Season 4, Episode 7 in comparison to George R. R. Martin’s “A Storm of Swords”

In this week’s episode, Josh and Terri discuss…

** A recent article that may or may not have spoiled an upcoming “Game of Thrones” twist. (Hint: It involves stones and hearts)

** Everything that happened in the Eyrie, from the nuances of Littlefinger killing Lysa to the metaphor of the Winterfell snow castle’s destruction

** Bronn’s future on “Game of Thrones,” now that he’s out of Tyrion’s life

** The quick demise of Rorge and The Biter, and how that will affect both The Hound and Brienne’s stories moving forward

** What are Melisandre’s true intentions for Shireen?

** As Daenerys and Daario get it on, Josh and Terri ponder the use of nudity (specifically, the lack of “tasteful ween”) on the show this season 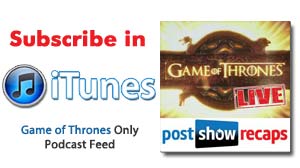 Subscribe to our Game Of Thrones ONLY Podcast Feed in iTunes