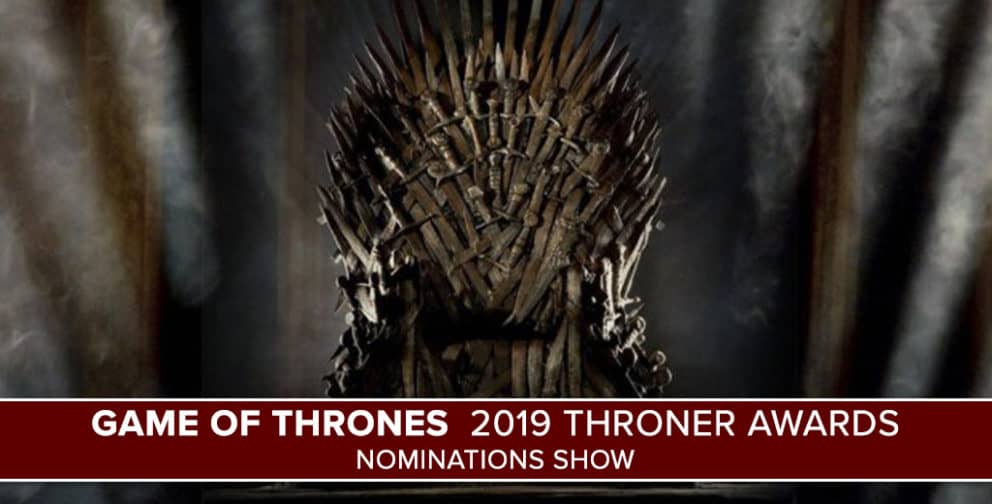 Rob Cesternino and Josh Wigler are back with a post-finale Game of Thrones podcast to announce the nominees for the 2019 Throner Awards to recognize all that happened in the eighth and final season of the HBO series. A podcast announcing the winners of the Throner Awards, which will be decided by YOUR vote will be coming next week.

You can vote for each of the 35 Throner Award winners (and losers) at throners.com until June 10th at 11:59 PM ET.