LIVE at 10:15 pm ET / 7:15 pm PT, Rob Cesternino, Josh Wigler and Antonio Mazzaro recap the Game of Thrones Season 4 Finale with a review of “The Children”.  In this episode the guys discuss the following questions from the episode: 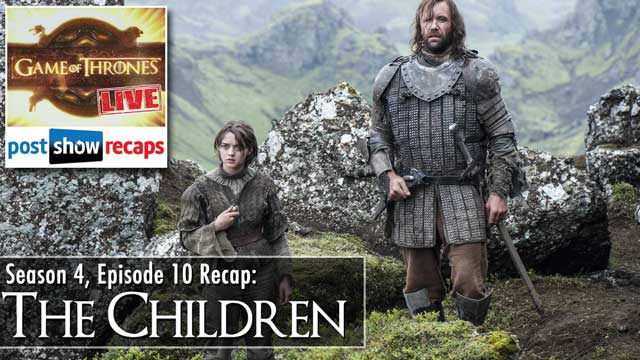