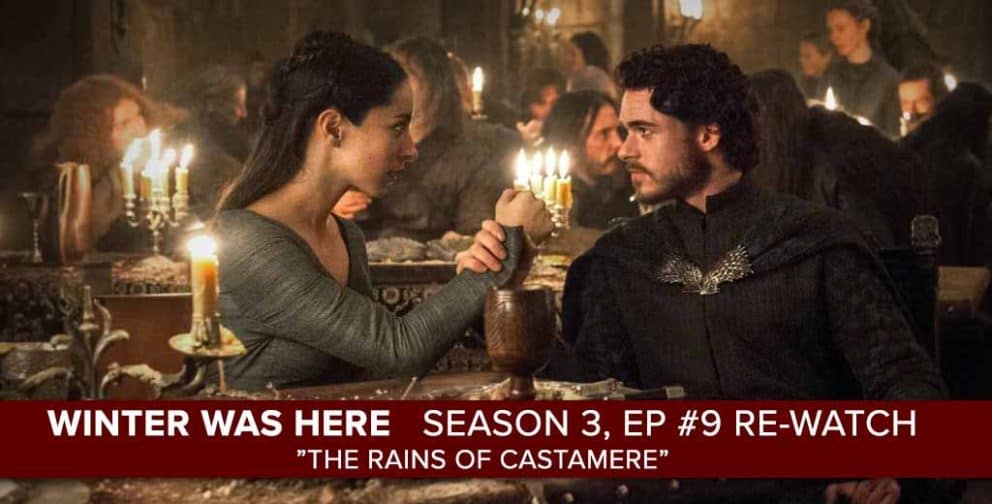 Rob Cesternino and Josh Wigler continue “Winter Was Here” with a Rewatch of the “Game of Thrones” Season 3, Episode 9 “The Rains of Castamere”

The podcast begins with a completely spoiler-free overview of Thrones and the Seven Kingdoms overall, before diving into spoiler-filled territory, in which Rob and Josh reexamine the series through the context of seven seasons worth of material