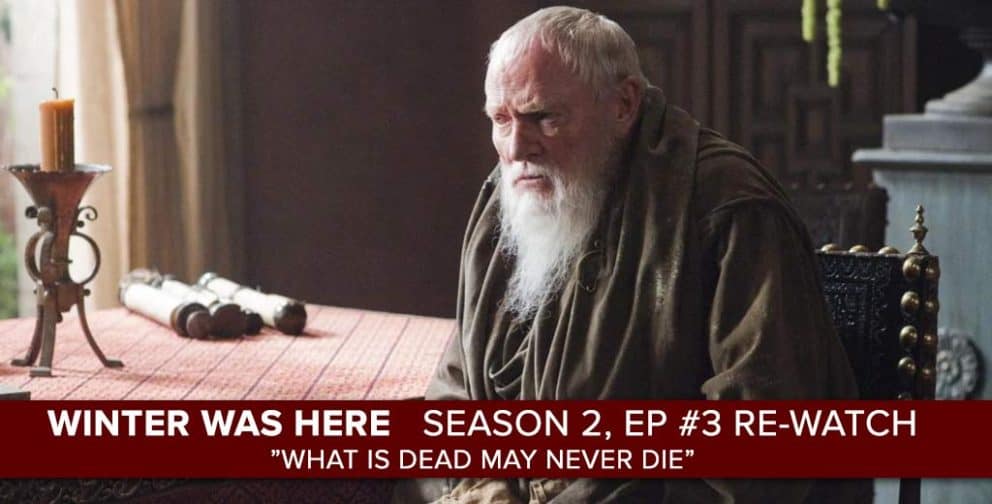 Rob Cesternino and Josh Wigler continue “Winter Was Here” with a Rewatch of the “Game of Thrones” Season 2, Episode 3 “What is Dead May Never Die”