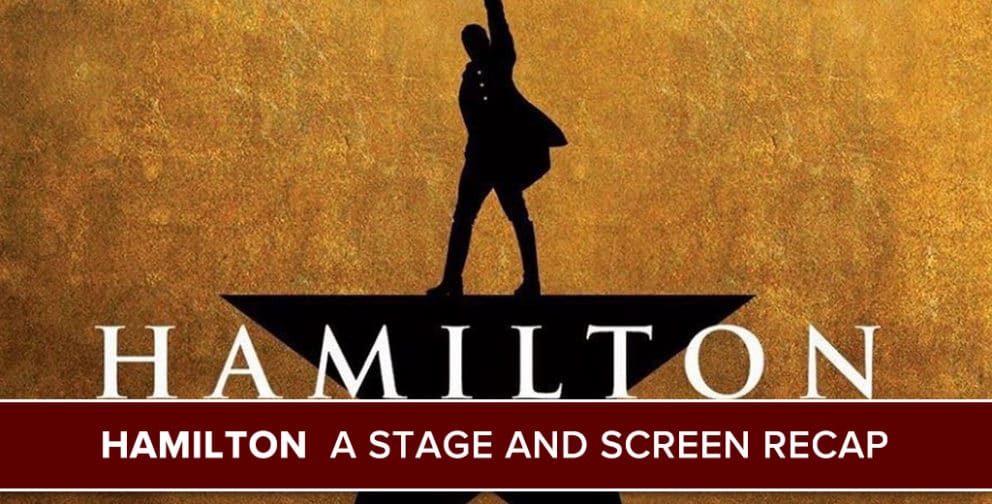 Hamilton | A Stage and Screen Recap

Wait for it no longer! Post Show Recaps is young, scrappy, and hungry to talk about the musical phenomenon Hamilton.

Mike Bloom (@AMikeBloomType), Shannon Guss (@ShannonGaitz), Aman Adwin (@AmanAdwin), and Aaron Robertson (@AARobertson94) raise a glass to the hip-hop theatre sensation from the mind of composer, lyricist, and star Lin-Manuel Miranda. After taking the awards circuit by storm and turning the world upside down back in 2015 and 2016, a filmed production of the show starring the original Broadway cast dropped on Disney+ on July 3. In their discussion, the panel talks non-stop about their favorite numbers and characters, the musical’s commentary on race and gender, and what the story of Hamilton will ultimately be in a time where history’s eyes are on us.