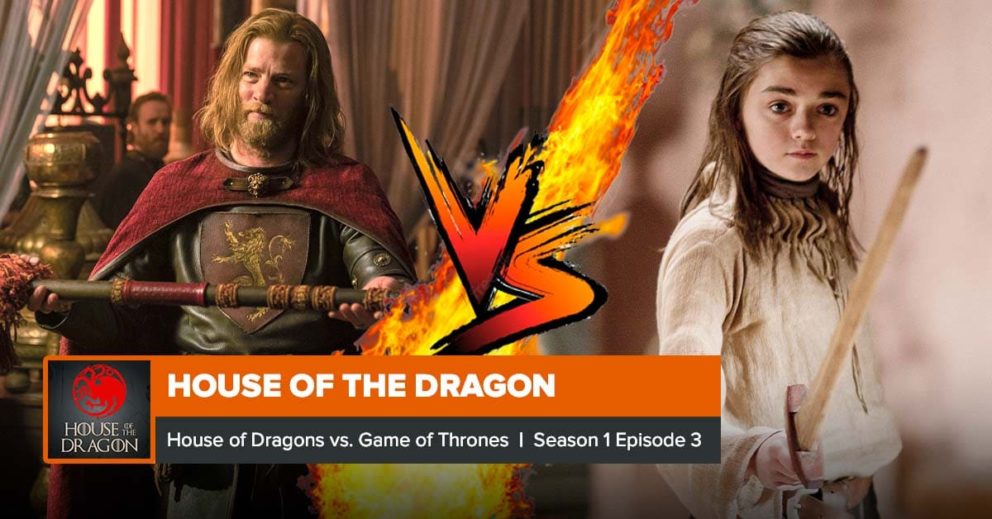 House of the Dragon vs Game of Thrones Rewatch: Season 1 Episode 3 Comparison

In this podcast, Josh Wigler (@roundhoward) is joined by Chappell (@Chappels_Show) to compare the third episode of Season 1 of both “Game of Thrones” and “House of the Dragon.”