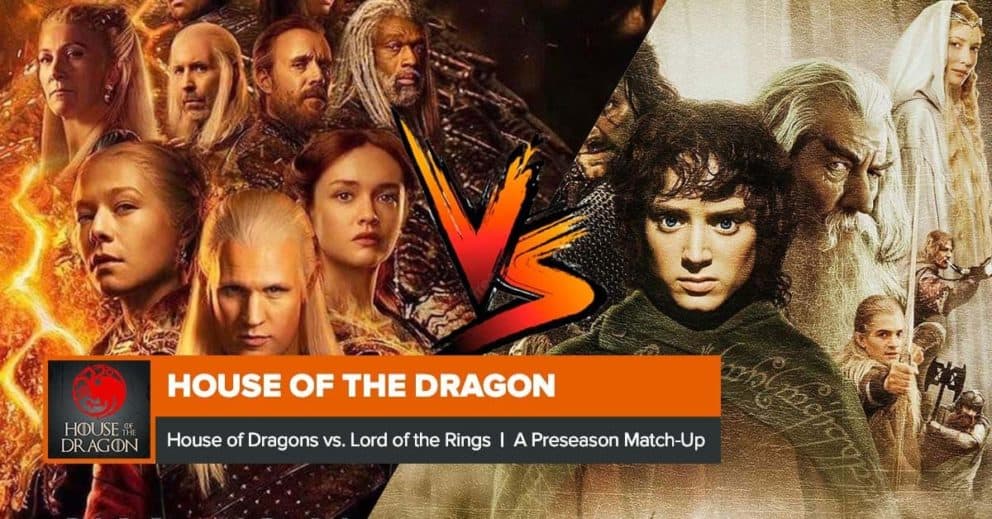 House of the Dragon vs. Lord of the Rings: A Preseason Match-Up

In this podcast, Mike Bloom (@AMikeBloomType), DM Filly (@DMFilly), and Taran Armstrong (@ArmstrongTaran) compare and contrast the upcoming series ‘House of the Dragon’ and ‘The Lord of the Rings: The Rings of Power,’ as well as give a state of the world of fantasy adaptations as a whole.