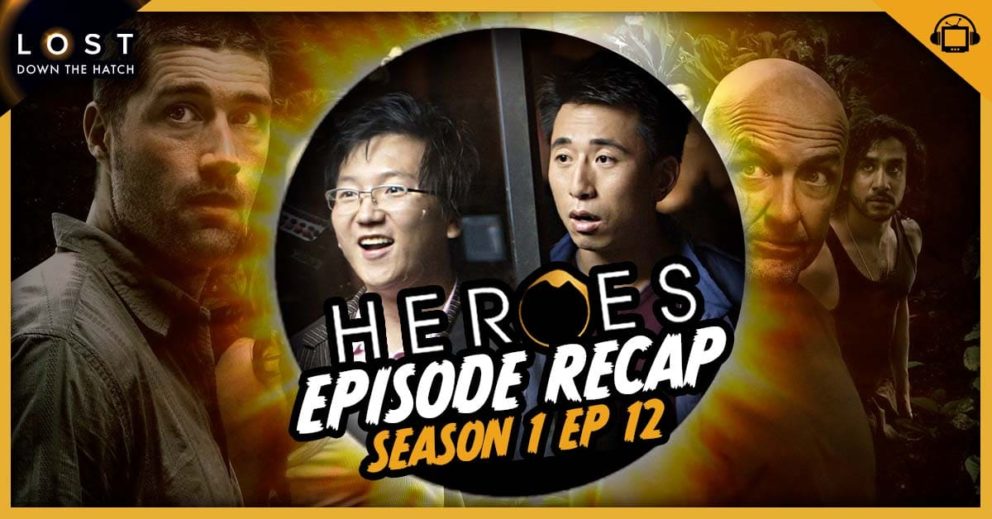 In this current phase of the podcast, Josh and Mike are recapping Heroes Season 1, using it as a lens to look back on Lost (because of course), and much more. Additionally, Josh and Mike talk about Chronologically Lost, a fan-edited version of Lost cut together so everything plays out in chronological order.

This week, Josh and Mike recap Heroes Season 1 Episode 12, “Godsend.” They also discuss Chronologically Lost Episode 12. They start with Lost, and then the Heroes discussion begins roughly 45 minutes into the podcast.