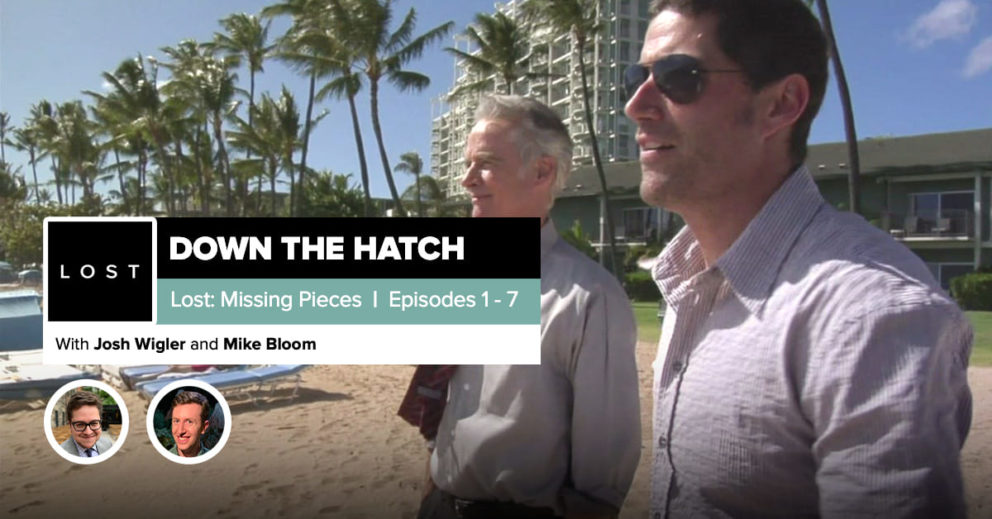 Josh Wigler (@roundhoward) and Mike Bloom (@AMikeBloomType) take a moment to fill in some “Missing Pieces.” The first of a two-part series between seasons three and four, Josh and Mike run down the “Missing Pieces” webisodes, ancillary LOST content that aired in 2007 and 2008. In this podcast, Josh and Mike go through the first seven webisodes and determined which ones are “going to Guam” and which ones should be “killed with fire arrows.” Plus, Mike looked into the LOST: Via Domus video game, so you don’t have to!

Missing Pieces #2 – The Adventures of Hurley and Frogurt

Missing Pieces #3 – King of the Castle

Lost: Down the Hatch | Season 3 Finale: “Through the Looking Glass”

Lost: Down the Hatch | Season 3 Episode 20: “The Man Behind the Curtain”