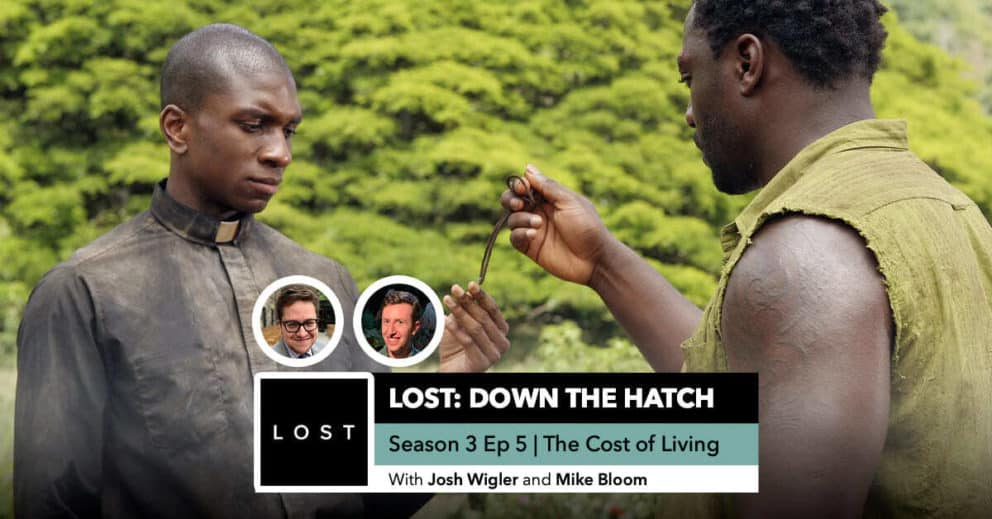 Josh Wigler (@roundhoward) and Mike Bloom (@AMikeBloomType) weigh in on the life and death of one of the most beloved characters in all of LOST.
This week on Down the Hatch, the hosts are paying “The Cost of Living,” the third and final Mr. Eko flashback episode. Josh and Mike head-canon their way through the swan song for Adewale Akinnuoye-Agbaje’s occasional holy man, plus wax poetic about the most excellent Juliet Burke content.
About Down the Hatch …