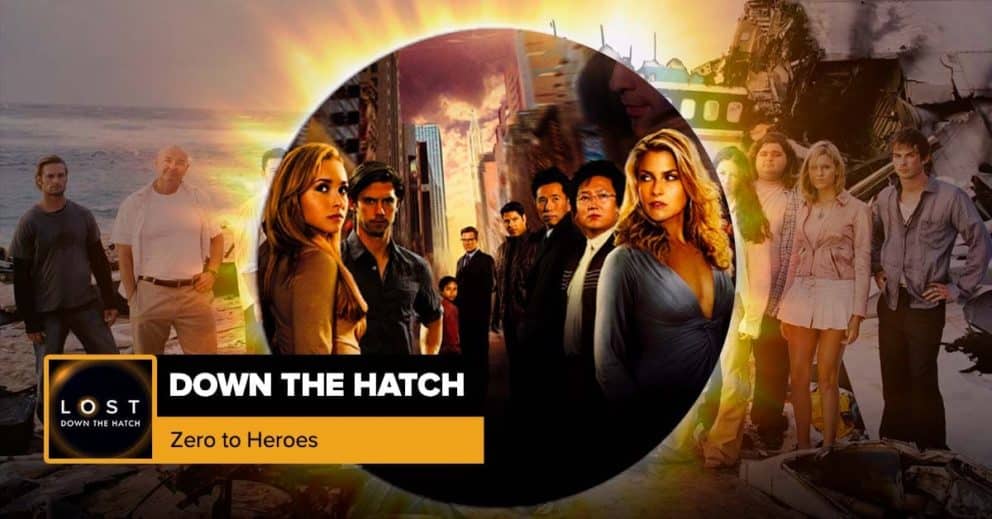 Lost: Down the Hatch | Zero to Heroes

In this episode, Josh and Mike reveal what’s on the other side of their Lost rewatch: a Heroes rewatch! Josh and Mike will spend the next several months recapping Heroes Season 1, using it as a lens to look back on Lost (because of course), and much more.

Additionally, Josh and Mike talk about Chronologically Lost, a fan-edited version of Lost cut together so everything plays out in chronological order. The hosts will be checking out the proverbial ChronoLodge over the next many weeks, and will report back in this space on their findings.