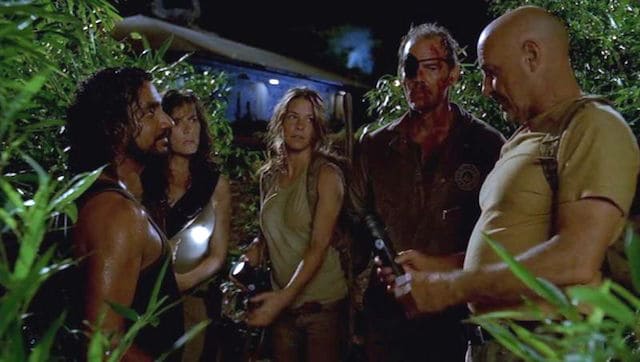 This week on LOST Lives Returns, Josh gets wrecked with Mike Bloom (@AMikeBloomType). Not literally, of course. They’re talking about Wrecked, the TBS comedy series that launched this summer. What does it have to do with LOST? Pretty much everything. Josh and Mike break down how the two shows intersect, plus, Mike takes us all on a tour through LOST’s relationship with comedy. Of course, before all of that, Josh grills Mike on his pitch for LOST 2, discussing the possibilities of Aaron Littleton’s life after the island, and more.

Following the chat with Mike, Josh and Emily Fox (@emelette) are back together for another random episode of LOST: “Enter 77,” season three’s solitary Sayid Jarrah episode. (Not “Solitary,” which is a different episode in a different season entirely.) Josh and Emily geek out over their love for Sayid, the saga of Mikhail’s numerous beatdowns, why the middle of season three might be the show’s most under-appreciated era, and more… including a quick trip to CURB YOUR ENTHUSIASM territory.

Finally, the podcast ends with a preview for what’s to come next week when AJ Mass (@AJMass) returns to the podcast.

The First Scene of Wrecked:

Not Every Nook and Cranny: