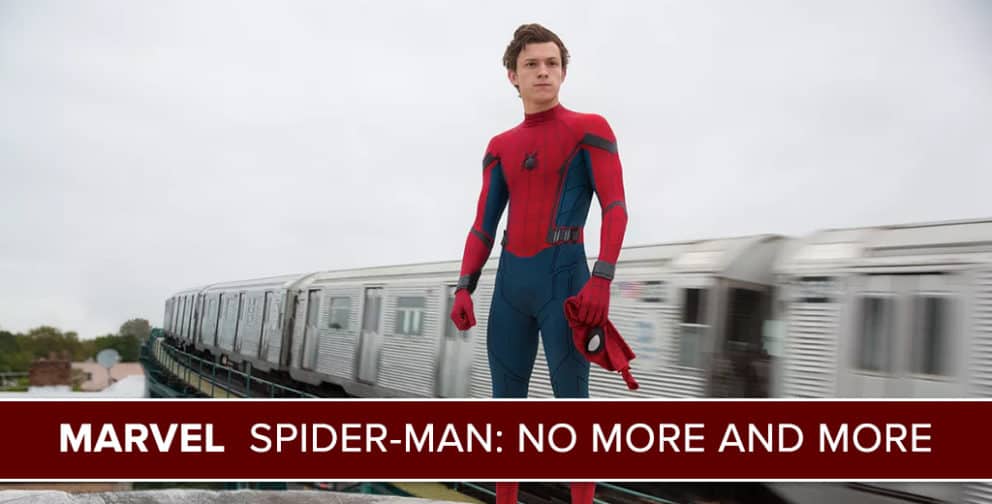 Josh Wigler (@roundhoward) and Kevin Mahadeo (@KevMahadeo) are back together again to weigh in on the past few weeks of news from Marvel Studios and beyond — specifically, the big news surrounding your friendly neighborhood webhead.
For the first portion of the podcast, Josh and Kevin dive “into the Spider-divorce,” as Kevin coins it. Disney and Sony’s agreement to fold Peter Parker into the Marvel Cinematic Universe has sadly run aground, with Tom Holland’s Spider-Man no longer set to web-sling alongside the likes of Doctor Strange, Captain Marvel and the other heroes set to debut in the wake of Avengers: Endgame. Holland is contracted to continue on in the role, but only for Sony. Josh and Kevin weigh in with their takes about the news, how it will likely impact the MCU moving forward (if it will impact it at all), and more.
Following their discussion of “the Spideyvorce,” Josh and Kevin survey some of the news items coming out of the D23 Expo, including Game of Thrones star Kit Harington going from his days as Jon Snow to a new sword-swinging hero: Dane Whitman, the Black Knight of the Marvel Cinematic Universe, set to debut in Marvel’s The Eternals. At least, that’s the official story — for his part, Kevin doesn’t quite buy the official line, even if Josh isn’t fully here for the conspiracy theory.
Kit conspiracies aside, three new Marvel Cinematic Universe projects are fully locked, loaded and on their way: Disney+ TV series adaptations of Ms. Marvel, She-Hulk and Moon Knight. Josh and Kevin break down these characters and what their arrivals may mean for the MCU moving forward, and Kevin offers a She-Hulk casting proposition so good that it absolutely has to happen please and thank you. Whoever winds up in these shows, the first glimpse at the Star Wars series The Mandalorian gives a great indication of what these Disney+ shows will look like — namely, very professional and very awesome.
Hear all of that, plus some quick takes on DC Comics properties as well as Amazon’s The Boys, in this month’s comic book catch-up with Josh and Kevin. Send feedback for what else you hope to hear from them, and if you’re a Kevin fan, make sure to support his comic book work by backing the Kickstarter for Life Finds a Way.
Check our Josh and Kevin’s previous podcast discussing Spider-Man: Far From Home and more: Marvel | “Spider-Man: Far From Home” and Far Beyond.