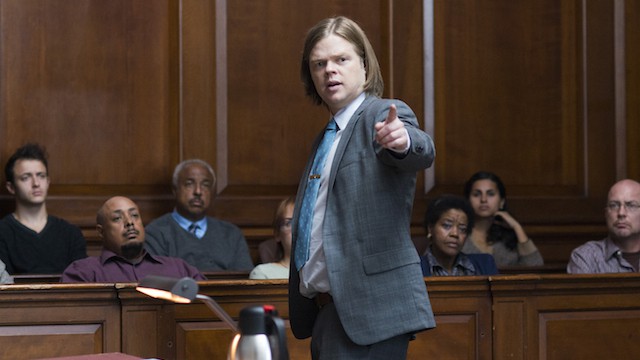 “I see you got my message.”

Josh Wigler (@roundhoward) and Kevin Mahadeo (@kevmahadeo) dive head first into Marvel’s Daredevil season two episode eight, “Guilty as Sin,” just as soon as they pick their jaws up off the ground after that mindblowing ending.

In the episode, the Avocados at Law talk about everything from the explosive ending of Frank Castle’s trial, to the return of a few fan-favorite characters, to Matt’s choice in the war of his heart, to the various ninja battles, and so much more. Plus, Clancy Brown! Squee! It’s all happening on one of the most jam-packed episodes of season two yet.

A new Daredevil podcast will drop every week day for the remainder of the season, continuing tomorrow with episode nine, “Seven Minutes in Hell.”