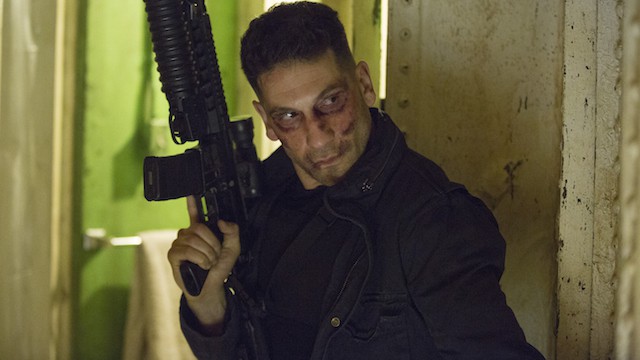 As it turns out, one of Matt Murdock’s old enemies was only mostly dead, as evidenced in the latest episode of Marvel’s Daredevil season two, called “Seven Minutes in Hell.” Josh Wigler (@roundhoward) and Kevin Mahadeo (@kevmahadeo) talk about the seemingly supernatural twist in Daredevil’s pursuit of The Hand, and how that might impact things moving forward.

Of course, Josh and Kevin are equally caught up in the stories of Frank Castle and Wilson Fisk in this episode. The Punisher and Kingpin meet in prison, their interests mutually aligned, if only for a moment. Josh and Kevin talk about the Punisher’s epic prison brawl, Fisk’s return, and whether or not we’ll see Vincent D’Onofrio again this season. Plus, there’s movement on the Karen Page front, too.

A new Daredevil podcast will drop every week day for the remainder of the season, continuing tomorrow with episode ten, “The Man in the Box.”