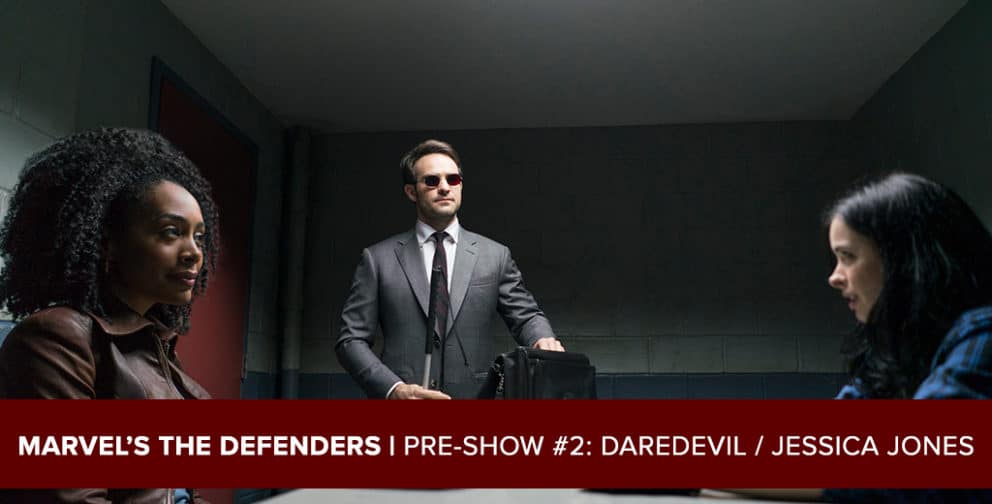 The Devil of Hell’s Kitchen and the most disgruntled detective in New York City are the topics of the day here on Post Show Recaps.
In their second of three preseason preview shows, Josh Wigler (@roundhoward) and Jim Gibbons (@TheJimGibbons) weigh in on two of the four DEFENDERS heroes: Daredevil and Jessica Jones. Over the course of the podcast, Josh and Jim lay out their opinions on both characters based on their comic book origins and their previously released seasons, plus make some predictions for where these brooding heroes might be headed once the new series begins.
Subscribe to the podcast at postshowrecaps.com/marvel, and check back on Friday for our third and final preview, focused on Luke Cage and Iron Fist.