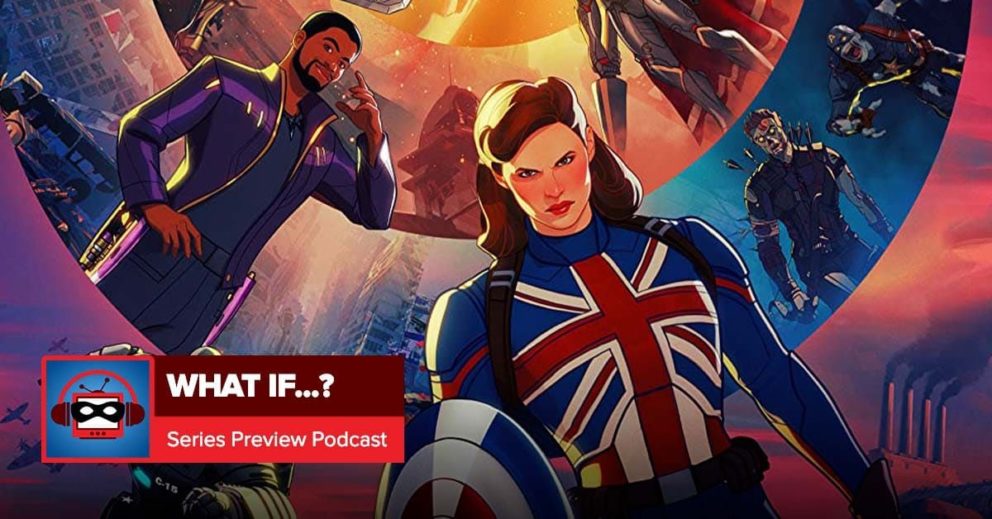 Marvel’s What If? Preview | Everything is Super

Josh Wigler (@roundhoward) and Kevin Mahadeo (@kevmahadeo) are talking about Marvel’s What If…?, the very first animated Marvel Cinematic Universe series, coming out weekly on Wednesdays on Disney+. Set through the lens of Uatu the Watcher, Marvel’s What If…? looks at various elements of the MCU, and posits different ways in which they could play out, leading to new permutations of characters such as Captain Carter and T’Challa as Star Lord.

This week, Josh and Kevin preview Marvel’s What If…? and give an overview on the series’ comic book origins. Next week, Mike Bloom will fill in for Josh with the first episode recap of the season. Get your feedback in to [email protected].

Meanwhile, are you excited about The Suicide Squad? So are we! Josh and Kevin will be podcasting about it for the patrons of Post Show Recaps. Sign up for the PSR Patreon at the five dollar level to hear that podcast.