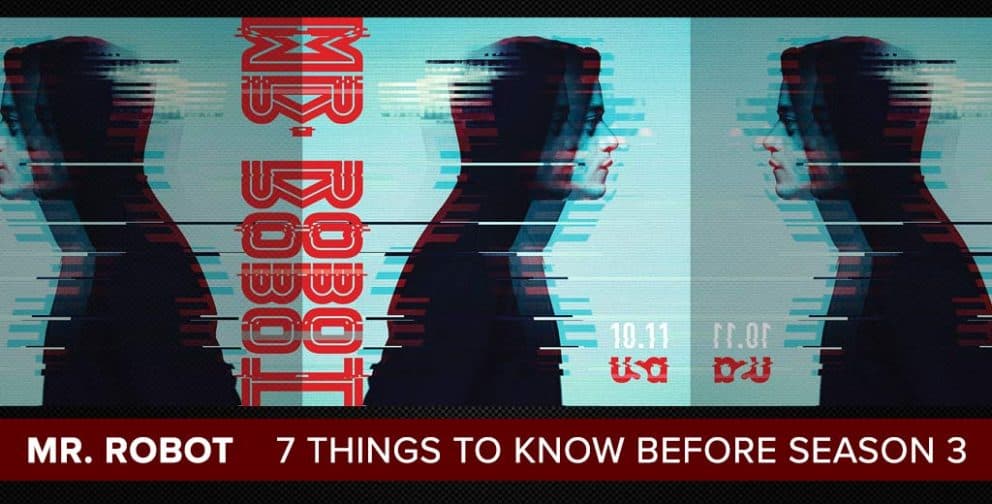 The road to Mr. Robot season three starts here, as Josh Wigler (@roundhoward) and Antonio Mazzaro (@acmazzaro) reunite to talk about one of their favorite shows around. In the first of two planned preview podcasts, Josh and Antonio set the stage for the third season of the USA Network drama, premiering October 11. Topics include:
• An overview of the Mr. Robot story and structure
• Questions about the changing nature of the relationship between the two sides of Elliot Alderson
• Increased roles for characters like Tyrell Wellick and Whiterose
• And more!
Make sure to follow along with all of our Mr. Robot podcasting by subscribing at postshowrecaps.com/mrrobotitunes. Follow THR.com/MrRobot for additional coverage of the series, including Josh’s interviews with the cast and creative minds behind all things fsociety and E-Corp.