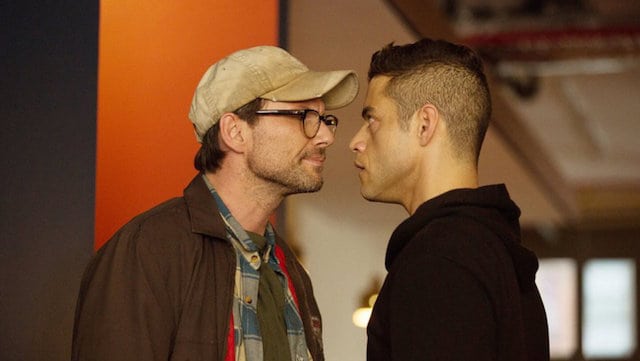 Hello, friend! Welcome to the Mr. Robot podcast on Post Show Recaps. In May, Josh Wigler (@roundhoward) and Antonio Mazzaro (@acmazzaro) embarked on a mission to re-watch and discuss every episode of Mr. Robot season one, leading up to the season two premiere on July 13. The podcasts contained two separate spoiler-free and spoiler-filled sections.

This week, Josh and Antonio officially reach the finish line on “Robot Road,” discussing the tenth and final episode of season one. Out with the spoiler section, and in with the wild speculation, as Josh and Antonio wake up in a brave new world where fsociety’s hack against E Corp worked, Tyrell Wellick has gone missing, and Elliot Alderson has no idea what’s going on — as per usual. Plus, how about that ending?

Even though it’s the end for “Robot Road,” a new road begins. Tune in next week for a season two preview show, and keep listening weekly as Josh and Antonio podcast about the new season of Mr. Robot.

Send your questions in for the podcast through our feedback form. Next week’s podcast focuses on episode three of the series.