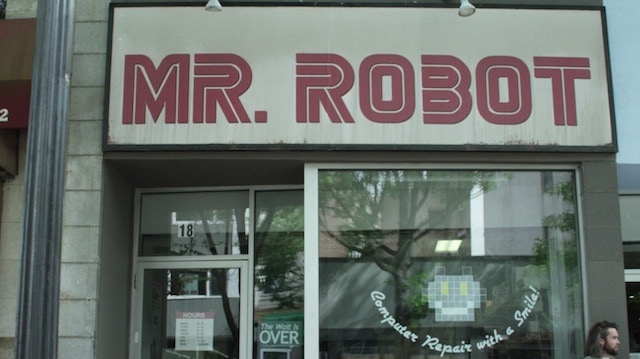 Hello, friend! Welcome to the Mr. Robot podcast on Post Show Recaps. Josh Wigler (@roundhoward) and Antonio Mazzaro (@acmazzaro) are re-watching and discussing a new episode of Mr. Robot season one every week, leading up to the season two premiere on July 13. The podcast contains two separate spoiler-free and spoiler-filled sections. Please do not post spoilers in the comments section.

This week, Josh and Antonio discuss the ninth episode of the series, and the major reveal that Elliott… well, it’s such a big spoiler that we won’t even write it out here, but if you’ve seen the episode, you get the picture! Josh and Antonio talk through the massive ramifications of episode nine, play some hits from The Pixies, and pour one out for the spoiler section, making its final appearance here in episode nine.

Send your questions in for the podcast through our feedback form. Next week’s podcast focuses on episode three of the series.

WARNING: The spoiler section of the podcast begins at the 1:21:24 mark.