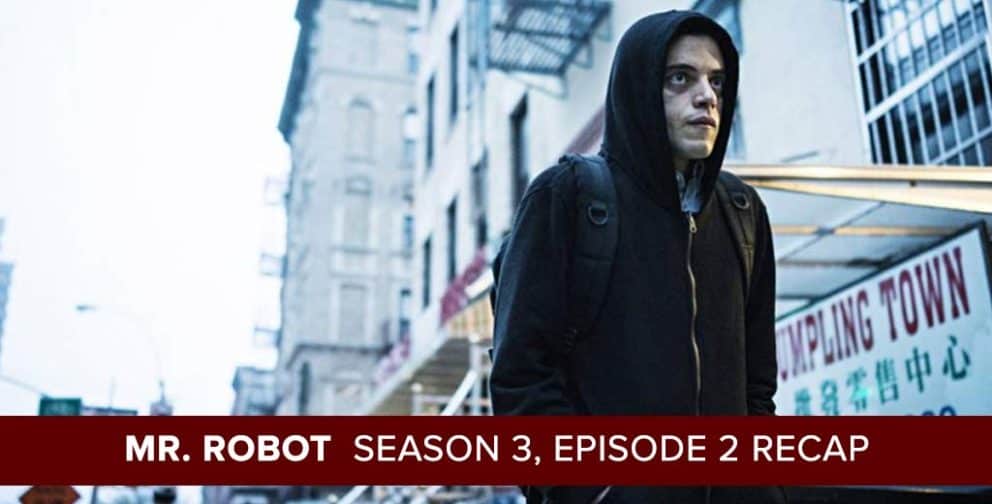 Listen to your hearts, and listen to the sadness as your friendly neighborhood MR. ROBOT podcasters grieve the events of “Undo,” the second episode of season three.
In this week’s podcast, Josh Wigler (@roundhoward) and Antonio Mazzaro (@acmazzaro) pour one out for… yeah, no, not even going to spell it out here, because it’s still too raw and upsetting and also there’s a chance you have accidentally ended up on this page without having seen the episode, and spoiling anything from this moment would be way too cruel, so cool! Let’s leave it there!

Needless to say, an emotional episode of MR. ROBOT, and a dense one as well, packed with clues about where the story is headed now that Elliot is working within the belly of the Evil Corp beast, the escalating feud between Phillip Price and Whiterose, Darlene’s secrets revealed (at least to us), a return to the therapy sessions between Elliot and Krista (as well as another passenger), and more.

All season long, Josh will be interviewing cast and crew members for The Hollywood Reporter. Check out this week’s coverage below:

Subscribe to our podcast at postshowrecaps.com/robot, and check back every Friday for a new episode of the podcast.