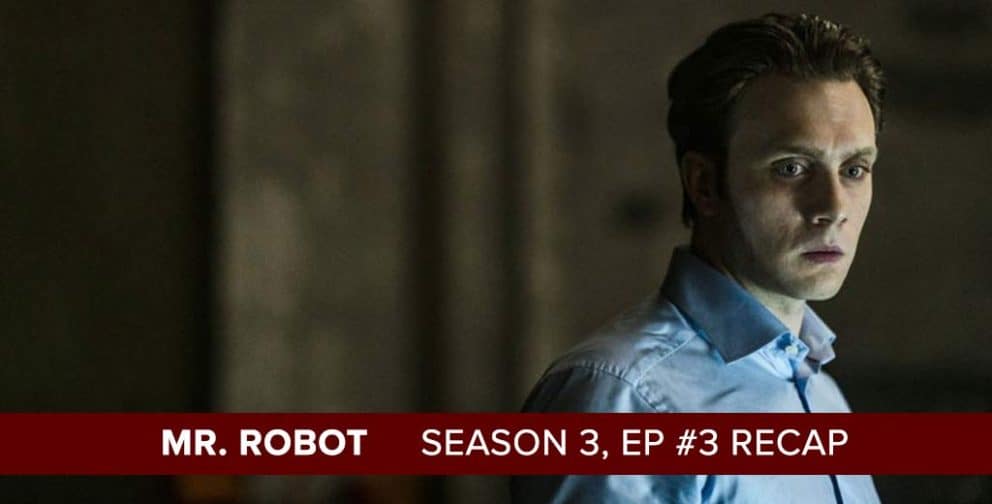 Josh Wigler (@roundhoward) and Antonio Mazzaro (@acmazzaro) are back this week to discuss the third episode of Mr. Robot season three, focused squarely on Martin Wallström’s Tyrell Wellick. What happened to the most wanted man in America since he disappeared on the night of the Five/Nine Hack? This episode fills in those gaps, and gaps are where it’s at! Josh and Antonio run down all of the developments in Tyrell’s world, including some new details about Bobby Cannavale’s Irving (and the Big Brother baggage he brings to the table), the sudden appearance of a wild Wallace Shawn, as well as the revelation of a traitor within the FBI.

All season long, Josh will be covering Mr. Robot on The Hollywood Reporter. Check out his stories from this week below:

Subscribe to postshowrecaps.com/robot to never miss an episode, and make sure to let us know what you thought of the latest installment in the comments below.