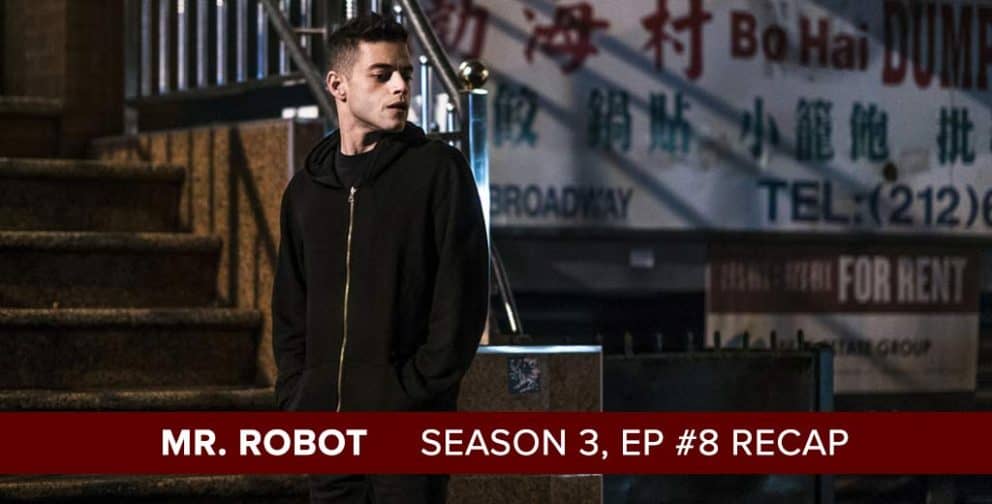 Whatever happens, we’ll be okay — unless you don’t listen to this week’s Mr. Robot podcast, in which case, nothing will be okay!

Josh Wigler (@roundhoward) and Antonio Mazzaro (@acmazzaro) are fully aboard the hype train as they talk about the eighth episode of Mr. Robot season three, not only their favorite installment of the year, but their favorite installment outright. They dive into full detail about why the episode resonated with them so thoroughly, picking apart the story of Elliot and his new friend, the ramifications of the opening scene of the episode, where things might be headed given the e-mail Elliot receives at the end of the episode, some Back to the Future cosplay appreciation, and much more.