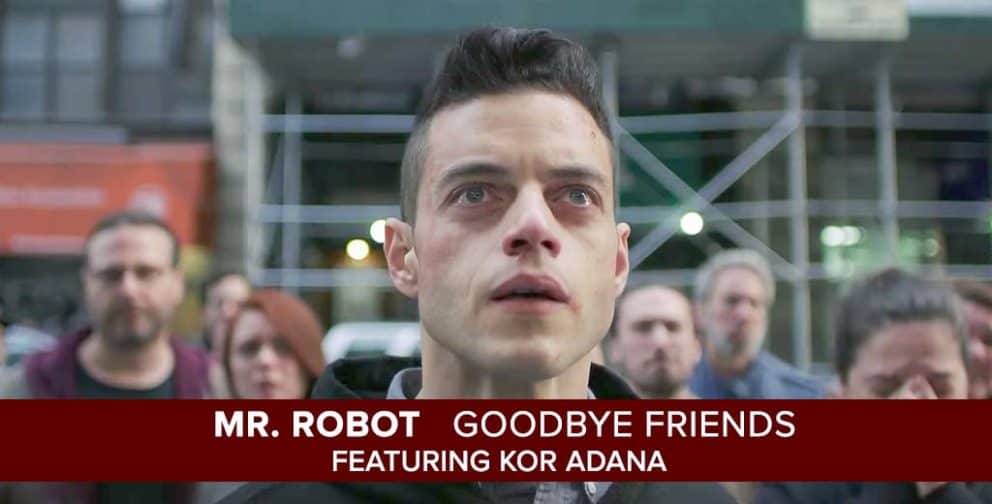 Another season of Mr. Robot has come and gone, and so too has writer-producer Kor Adana (@KorAdana).

In their final Mr. Robot podcast for the time being, Josh Wigler (@roundhoward) and Antonio Mazzaro (@acmazzaro) speak once more with Kor Adana, one of the many talented writer-producers involved in the series (not to mention Josh’s collaborator on a weekly series of Mr. Robot columns posted on The Hollywood Reporter), who just so happens to be leaving the world of Elliot Alderson behind for a new as-yet unannounced adventure. Over the course of this podcast, Kor says goodbye to the world he has helped create ever since joining the series in season one, waxes poetic with Josh and Antonio about the emotionality of season three, reflects on seasons past, and much more.

Not only is this our final Mr. Robot podcast of the season, it’s also Josh and Antonio’s final podcast on the schedule as it stands. Please, help us change that! Send your show suggestions along to Josh and Antonio either on Twitter or using our feedback form. Until we come up with a plan of attack, we join Kor in saying goodbye, friends — but only for now, not forever.