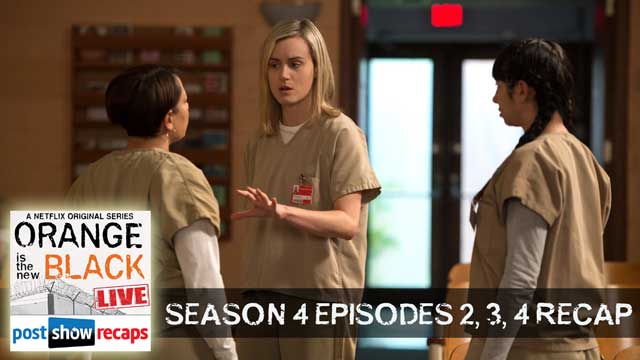 Jessica Liese (@HaymakerHattie) and Taylor Cotter (@taylorcotter) are back to explore more of the world of Litchfield as they break down everything that happened in “Orange Is The New Black,” Season 4, episodes 2, 3, and 4. They’ll cover the following topics and much more:
* How has the show evolved since the first season? Do we think the writers might wish they could go back and set things up differently?
* Which characters benefit from new elements of complexity and which ones don’t?
* Are Poussey and Soso Litchfield’s new “it” couple?
* How does Maria stack up as the season’s new villain?
* Will Taystee’s new job go straight to her head?
* How much of the new season will be spent at the new guards’ cabins, and are we going to care about it?

Orange is the New Black See all podcasts