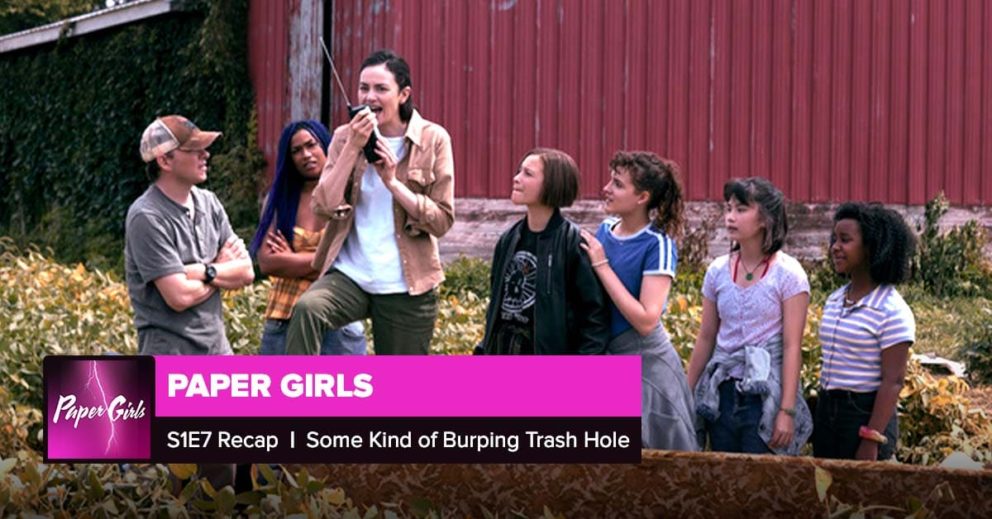 Post Show Recaps presents coverage of ‘Paper Girls,’ an Amazon Prime Video drama television series based on the comic book series of the same name by Brian K. Vaughan and Cliff Chiang. The series follows four pre-teen newspaper delivery girls who get caught in between two warring factions of time-travelers. Hosts Jess Sterling (@thejesssterling) and Deidre Lipsicas (@dhlips) will recap every episode over the next few weeks.

In this episode, Jess and Deidre recap season 1 episode 7 of “Paper Girls.”

Never miss an episode of “Paper Girls” or any other coverage of streaming and binge-model series, by subscribing to our Binge Show Recaps feed at postshowrecaps.com/binge