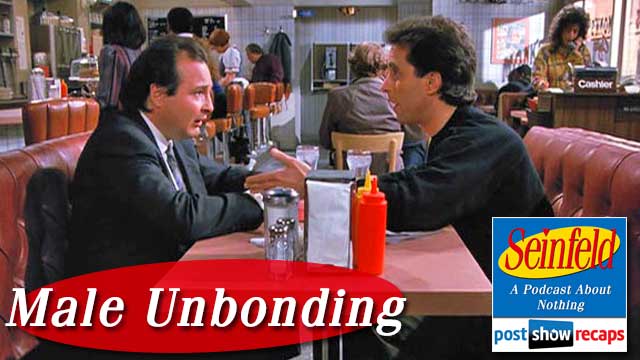 Rob Cesternino and Akiva Wienerkur continue their journey back to recap all of Season one of Seinfeld as they discuss the fourth episode to ever air, “Male Unbonding”.

The plot of the episode involves Jerry trying to break things off with an old childhood friend, Joel Horneck.  As the episode goes on, Jerry realizes that there’s no easy to break up with a male friend the way you break off a romantic relationship with a woman.

Among the plot points discussed in the episode, Rob and Akiva talk about the following:

Join us next week when Rob and Akiva discuss the final Seinfeld episode from the first season of the show “The Stock Tip”.

Please let us know what you thought about the episode in the comments and what Seinfeld related podcast ideas you’d like to hear about before we attempt our top 25 episode countdown.