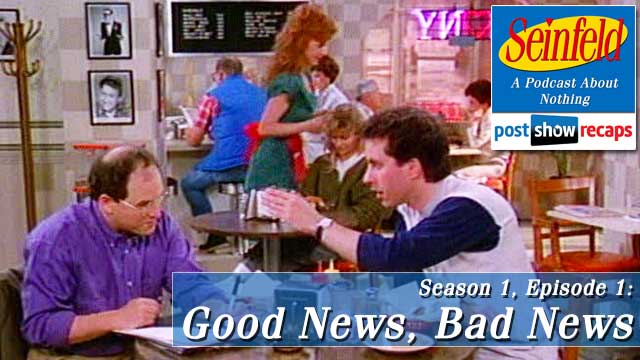 Subscribe to the Seinfeld ONLY Podcast on iTunes[/caption]
25 Years after the original premiere of Seinfeld in the summer of 1989, Rob Cesternino and Akiva Wienerkur have decided that it’s time to go back to podcast about nothing.

In this episode, Rob and Akiva discuss a number of topics from the original Seinfeld premiere including:

Let us know if you’re excited for a Seinfeld podcast here on Post Show Recaps.  This is the first recap podcast we’ve done for a non-current show and we want to make sure this is something you want on this site and on the Post Show Recaps podcast.  We’d love to hear your thoughts in the comments below.

Be sure to check out our next Seinfeld Post Show Recap discussing episode #2, The Stakeout

Look for the Seinfeld Recap ONLY podcast feed to make it’s debut on iTunes sometime later this week.