Watch the show LIVE on YouTube    –    RSVP for this LIVE Event

Rob Cesternino (@robcesternino) and Josh Wigler (@roundhoward) recap episode 2 of the final season of Sons of Anarchy, “Toil and Till”.

In this episode, Rob and Josh take your questions and cover a number of topics from the episode: 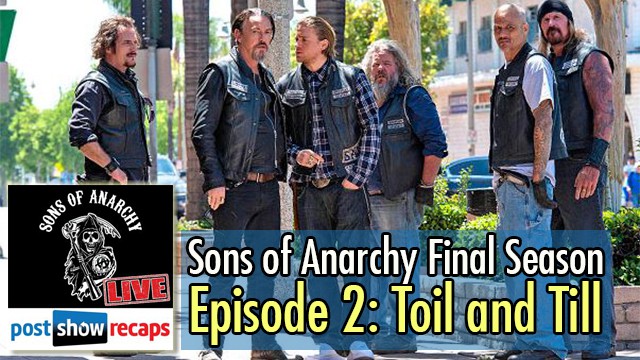