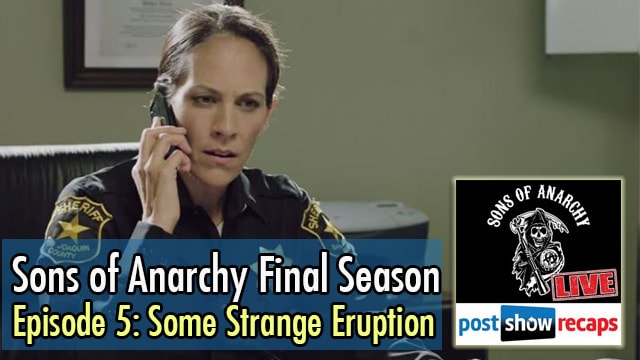 Watch the show on YouTube    –    RSVP for the LIVE Event

On tonight’s show, Rob and Josh answer some of your burning SONS questions including:

Be sure to join us next week on Wednesday, October 15th at 10:30 am ET to discuss the next episode of Sons of Anarchy.

Sons of Anarchy 2014: Recap of Season 7, Episode 5 – Some Strange Eruption