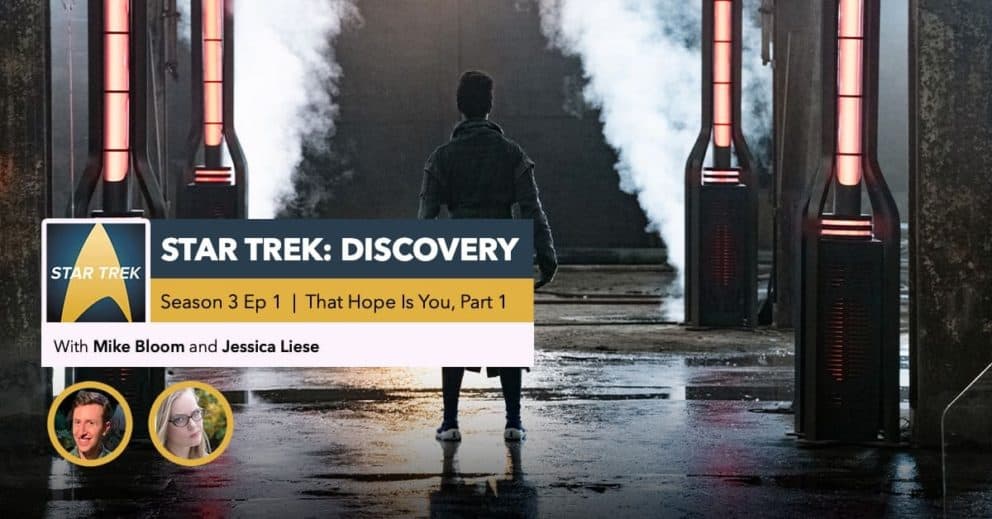 Jessica Liese (@HaymakerHattie) and Mike Bloom (@AMikeBloomType) are glowing like a trance worm to talk about the season 3 premiere of Star Trek: Discovery.
The opening episode saw Michael Burnham on a literal collision course with the year 3188. With the mysterious Book as her guide, she learns all about her post-Federation world and works to build it anew. Our own duo discuss everything they loved about the premiere, and speculate as to how the faithful crew will help bring hope to the universe.
Jess and Mike will be bringing recaps of Star Trek: Discovery every weekend throughout season three. For feedback on the episodes, reach out to them or @PostShowRecaps on Twitter or email [email protected].
About Star Trek: Discovery…
After following Commander Burnham into the wormhole in the second season finale, season three of Star Trek: Discovery finds the crew of the U.S.S. Discovery landing in an unknown future far from the home they once knew. Now living in a time filled with uncertainty, the U.S.S. Discovery crew, along with the help of some new friends, must work together to restore hope to the Federation.