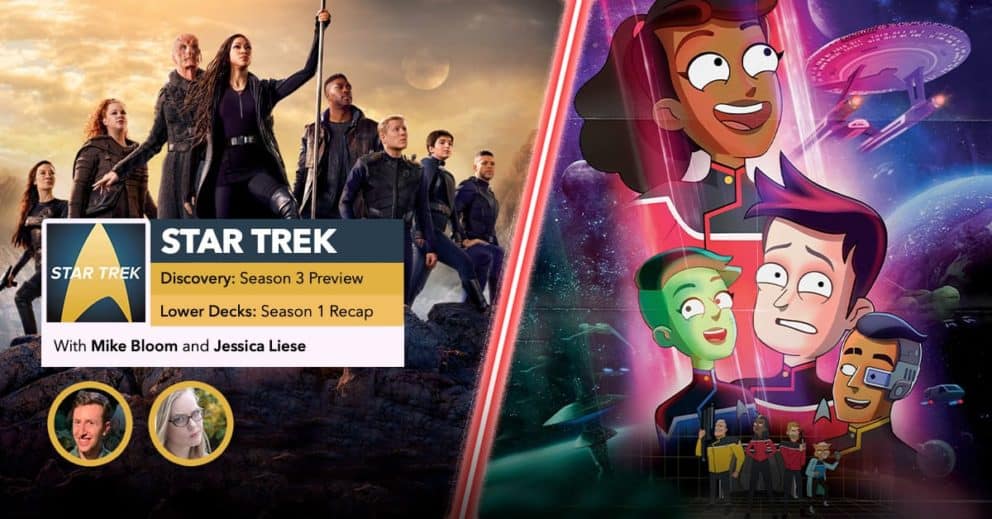 Jessica Liese (@HaymakerHattie) and Mike Bloom (@AMikeBloomType) are here to talk Caitian doctors, future cats, and much more as they break down Star Trek: Lower Decks and preview Star Trek: Discovery season 3.
The two start the podcast by giving their very different thoughts on the past ten weeks of Lower Decks, an animated comedic take on the Star Trek universe from the perspective of those at the bottom of the Starfleet ladder. Then, they preview the upcoming season of Star Trek: Discovery, as well as the other news that has come out since they last talked Trek.
Jess and Mike will be bringing recaps of Star Trek: Discovery every weekend throughout season three. For feedback on the episodes, reach out to them or @PostShowRecaps on Twitter or email [email protected].
About Star Trek: Discovery…
After following Commander Burnham into the wormhole in the second season finale, season three of Star Trek: Discovery finds the crew of the U.S.S. Discovery landing in an unknown future far from the home they once knew. Now living in a time filled with uncertainty, the U.S.S. Discovery crew, along with the help of some new friends, must work together to restore hope to the Federation.