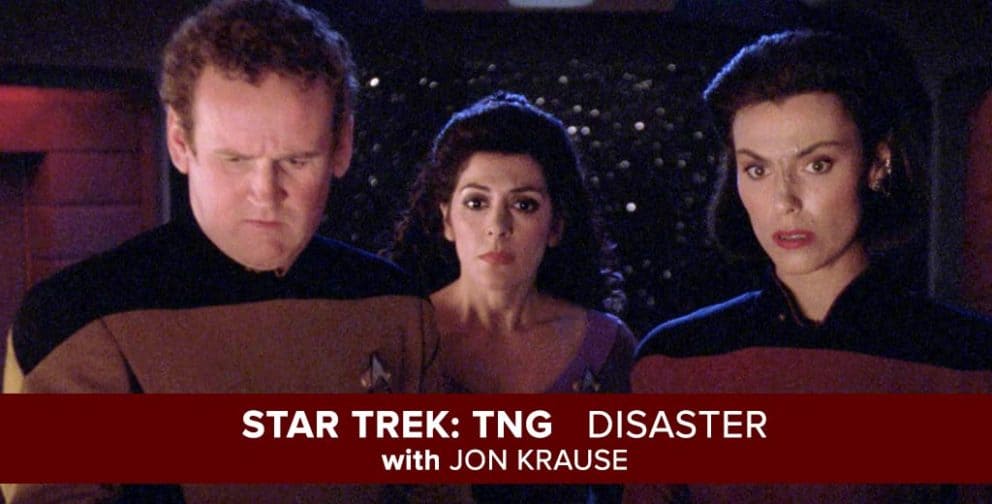 To get ready for the premiere of Star Trek Discovery later this month, Rob Cesternino has begun to talk to some Star Trek fans about their favorite all-time Star Trek episodes.

Rob is joined by Jon Krause (@JonKrause) to discuss one his favorite episodes of Star Trek: The Next Generation as we recap “Disaster”.  In this Season 5 episode, the Enterprise-D runs in to a quantum filament which disables the ship forcing many of our heroes in to unfamiliar roles.